Skip to content
UPDATE: February 9, 2011 An extract of my review I posted today in http://www.cruises.co.uk/
Pictures are at end of this review.
Official Barbados Tourist link;
http://www.visitbarbados.org/?gclid=CIiPpMvvoqECFRd7gwodByXMxg

We completed all our packing, clothes, monies, electronic gadgets including sanity ready to see family in Barbados and then get on the wonderful 14 day cruise of the Islands around Barbados (Grand Caribbean Adventurer Round-trip Barbados). We live in Victoria , Vancouver Island , Canada so ahead of us were two main flights, Victoria to Toronto than Toronto to Barbados but we would have 10 days in Barbados to relax before boarding the Sea Princess.

We overnighted at the Airport Hotel in Toronto at Terminal 3.

Beware of Airlines these days who change aircraft on you. Air Canada changed their aircraft from Boeing 763 / 767 to an Airbus 321 / 319. We had booked Executive Class and were looking forward to those new ‘Stretch and Lie Down seats. Well at least we still had more leg and seat pitch room plus were able to relax in the lounges. In all our years visiting family in Barbados I had not seen any of the Islands around Barbados.

I did a couple of things prior to the trip.
Bought Trip and Medical Insurance, ordered Rum and Coke and Ginger for the cabin, new summer clothes bought, as I discovered I had no short sleeves shirts and found four pairs of pants bought last year hidden away. My Bajan wife was right, you need more clothes in the tropics and wear shorts.
In our case we travelled with an extra suitcase which came in handy for all the gifts we bought on the islands for grandchildren and dirty clothes. For dirty clothes we had a plastic bag that compresses air.

As we were walkon passengers not Air/Cruise then we were driven to the terminal where you can get a porter to take your bags to the ship ($1 each bag minimal) as you have to walk through the actual terminal which is full of great shops, phones. A person is at a table to ensure you sign the health form questions, then checks your name off a list. In our case we confused them as the list was really only Air/Cruise passengers so I just said look we do have our tickets,  where do we board.

You have to walk outside the terminal , across a road and into the shed near the ship. The shed is where most of the Brits on the Air/Cruise arrive by bus around mid afternoon, in our case we came about 2pm and were able to miss all the hordes arriving by bus that day.
As we walked in the shed from the ship side then we had to navigate the ropes to control the mob, just us two to see about 15 check-in folks wondering who we were. In two minute we were checked in , CC verified, and then stopped by the photographer as were his first ones.

On to the ship, sea card into security unit and SMILE. Nobody takes you to your cabin but they do ask what deck and point to elevator.
We were on Aloha (deck 10) A327 Balcony which at first we found small because we had been on Golden Princess a few years back which is a newer ship. Not to worry , once we had our bags and unpacked, lots of room for two adults and the balcony does help for privacy and quiet.

The service by our room steward was great in he respected our times in the room and we told him when we would be out, it also helps to place the card that says clean or leave us alone please in the lock.
One day our toilet overflowed by not stopping when filling during the ships emergency practice day and our steward responded to my cry for help as he was out in the hall,  five minutes later our safe would not open as I had accidentally pressed a reset button. The Pursers Office sent some one up to reset the combination. course leading zeros are not recommended.
A few days later our shower control knob parts flew off onto the shower floor. I had a small set of tools and fixed it then called our steward to let him know.

The ship is about 2,200 passengers of which we had 1,915 Brits on board, 25 USA , 26 Canadians and a mix of others which means when the sun is out then you better get a lounge chair early as all the Brits will be SUNNING themselves.

Our table mates were great as we had a table of 10, all with different accents including us and our servers were great but over worked as they had three other tables of 4-6 each plus they get your wine and rum for you. We closed the room most nights as we were on 2nd seating and because of that missed some of the shows. The main theatre is not that large and only one aisle is in the middle which makes moving through the seats ugly at times so you normally have to arrive 15-30 minutes prior to a show, not my style.
Shows were not bad but I found the bar and movie better , the shows tend to repeat including the daily events each day.

It is a nice ship and had been adjusted for British tastes in food, beer but the only Caribbean food offered was Jamaican Jerk Chicken, they could offer more variety of Island food but I understand majority of food, is out of the states and shipped frozen.
The food was good and meals were hot. Wine testing event was not expensive ($15) for five samples  and a free glass.
We had an extra sea day when we could not dock at Grand Turks due to waves and wind and as this is a port intensive cruise , my thought would be to introduce a 4th sea day in the last five days.

All the Islands offer different variety and experiences but when it comes to shopping it is better to space your purchases out per Island otherwise you might have bought everything in the first few days.

The ship offers specials on the first sea day and Internet specials as in coupons of xn free minutes are offered the first day and then some others. The only add-on expense is when they charge you $4 for an admin fee to setup your Internet. The speed can be very slow , stick to emails or use Internet cafés on Islands , most Islands will not give you free access unless you buy something.

St Lucia was one of our best islands including its rum and tour. The ships excursions were fine as we normally take 1/2 day type ones and take other days to tour by walking around the dock area ourselves. St Maarten is wild when six cruise ships are in, like 20,000 folks.

What seems to be new is that every island wants to see your sea card for security and you must have your passport on your person, no exception. Some of the docks are large to walk to the ship,so  ensure you are on board before the appointed time.
If it rains on the way back the crew offer towels and coffee on the dock, nice gesture.

The only thing that bothered me was when having lunch or an afternoon snack at the buffet as most times a section was closed off to allow setup for supper . The food and choices were fine and they do come to your table offering drinks , coffee , tea .

Most of the crew do go out of their way to help you and it is a nice ship. The cruise itself is busy but that is me as I like to have some do nothing days
We had a wonderful time and will do it again. 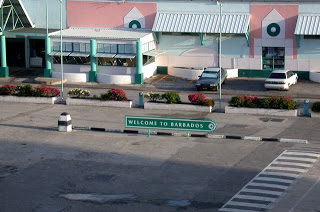 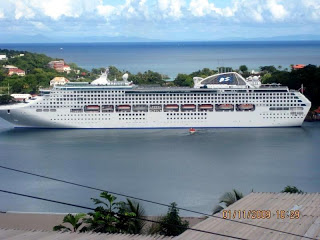 standing strong while the waves roll over

Elegant luxury travel on sea, land and by air, past, present and future

Lucy and her journey through TPLO surgery and beyond.

bonkers about botanicals, fifty plus fashion addict and lover of quirky hotels

Welcome aboard and nice to meet you. My wife and I are seasoned cruisers having first dipped our toes into the world of cruising in 1990, a one week cruise on board the Cunard Countess. The majority of our cruising has been with two cruise lines, Cunard and P&O. We have, however, sailed on 21 different cruise ships, some many times over, on 11 different cruise lines while completing 619 cruise nights on board.

A Memorial Garden to help honor and rescue Golden Retrievers.