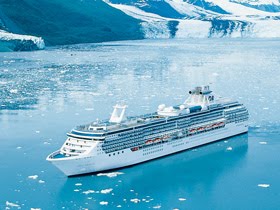 The state head tax will drop from $46 to $34.50 per /cruise’ per passenger. Voters had approved the tax in 2006 seeing it as a means to help cover the cost of infrastructure to accommodate the ships and the passengers.” …………….

The high cost of the tax combined with other issues have reduced cruise capacity numbers in Alaska. And some of the other issues remain, however, including the most restrictive environmental regulations anywhere.

Alaska after about two years of increasing Charges (rates per passenger aka : Head Tax) to cruise lines has agreed to lower these charges per various news on the Internet. Click on Title to see announcement.

This is after cruise lines began to announce withdrawal of some of their ships to Alaska.
Last year the cruise prices dropped a bit to ensure ships were full.
This year they have repositioned some ships away from Vancouver to Seattle as the starting point and other ships were sent to Europe as that market has increased.
With this announced drop in charge rates to cruise lines we can expect a return of Ships to this growth market probably next year(2011) but still see fare increases as the season is still a short one, normally from May to September and a popular one.

One of the more interesting areas to increase will be the marketing of Cruise and Tour options so one gets a feel of the Alaska community on Land and Sea.
Regardless a combination of the economy and the higher rates charged to cruise lines has caused a drop in passengers at least for this season(2010).
http://www.alaska.gov/visitorHome.html

5 thoughts on “Alaska to lower Charges to Cruise Lines”

Leave a Reply: Your comment will be reviewed prior to posting , thank you Cancel reply

This is Cruising
whereissafarigal?
robbar's cruises 2020

Elegant luxury travel on sea, land and by air, past, present and future

Lucy and her journey through TPLO surgery and beyond.

bonkers about botanicals, fifty plus fashion addict and lover of quirky hotels

Welcome aboard and nice to meet you. My wife and I are seasoned cruisers having first dipped our toes into the world of cruising in 1990, a one week cruise on board the Cunard Countess. The majority of our cruising has been with two cruise lines, Cunard and P&O. We have, however, sailed on 21 different cruise ships, some many times over, on 11 different cruise lines while completing 619 cruise nights on board.

A Memorial Garden to help honor and rescue Golden Retrievers.